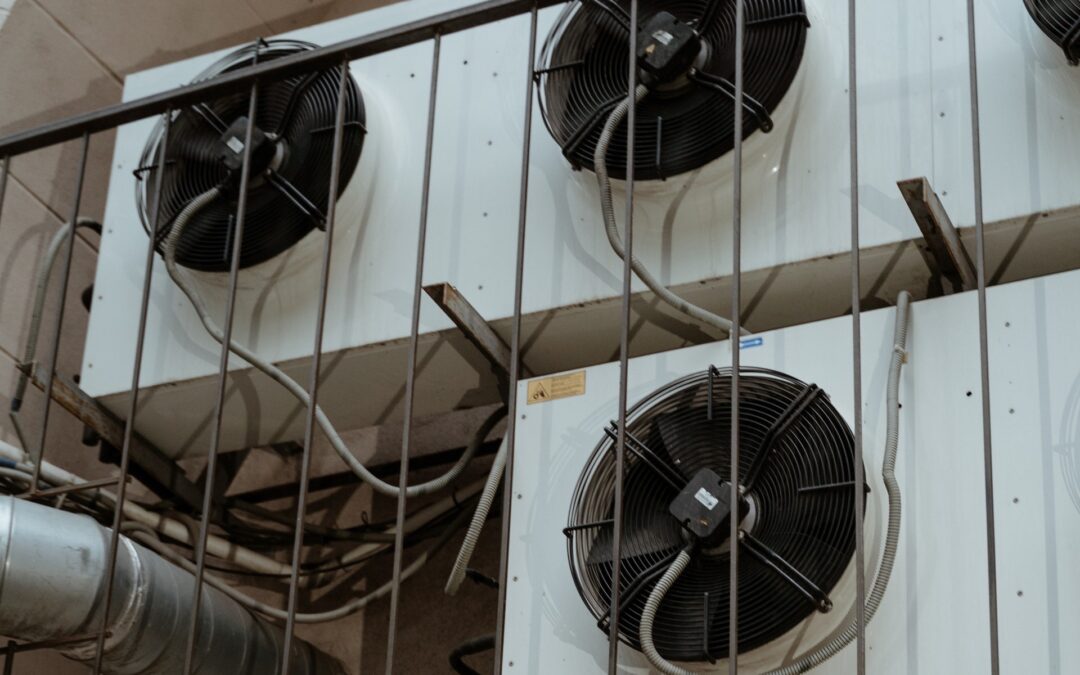 On September 23, 2021, the United States Environmental Protection Agency (EPA) issued a final rule establishing a comprehensive program to cap and phase down the production and consumption of climate-damaging hydrofluorocarbons (HFCs) in the United States. HFCs are potent greenhouse gases commonly used in refrigeration and air conditioning equipment, as well as foams and many other applications. A global phasedown of HFCs is expected to avoid up to 0.5 °C of global warming by 2100. This final rule will phase down the U.S. production and consumption of HFCs by 85% over the next 15 years, as mandated by the American Innovation and Manufacturing (AIM) Act that was enacted in December 2020.

In addition to implementing this landmark phasedown program, the Biden-Harris Administration is marshalling a whole-of-government approach to prevent the illegal trade, production, use or sale of HFCs; support the transition to HFC alternatives through research and purchasing; and encourage the reclamation and recycling of HFCs from retired equipment, thus reducing further HFC production.

“Today EPA is taking a significant step forward to advance President Biden’s bold agenda to tackle the climate crisis,” said EPA Administrator Michael S. Regan. “Cutting these climate ‘super pollutants’ protects our environment, strengthens our economy, and demonstrates that America is back when it comes to leading the world in addressing climate change and curbing global warming in the years ahead.”

The AIM Act is among the most significant environmental laws enacted by the U.S. Congress in recent years – co-sponsored and passed with strong, bipartisan support. Backed by a broad coalition of industry and environmental groups, the law not only phases down HFCs, but it also ushers in the use of more climate friendly and energy efficient alternatives that will save consumers money while protecting the environment. American companies are at the forefront of developing HFC alternatives and the technologies that use them, and the AIM Act provides these companies additional opportunities to continue to innovate.

EPA estimates that the present value of the cumulative net benefits of this action is more than $272 billion from 2022 through 2050, and that the rule will yield cumulative compliance savings for industry. In 2036 alone, the year the final reduction step is made, this rule is expected to prevent emissions of the equivalent of 171 million metric tons of carbon dioxide (CO2) – roughly equal to the annual greenhouse gas emissions from one out of every seven passenger vehicles registered in the United States. The total emission reductions of the rule from 2022 to 2050 are projected to amount to the equivalent of 4.6 billion metric tons of CO2 – nearly equal to three years of U.S. power sector emissions at 2019 levels.

As extremely powerful greenhouse gases, HFCs accelerate climate change, which threatens society with costly health and environmental impacts such as floods, wildfires, drought, and increasingly severe weather events.  EPA conducted an environmental justice analysis that determined overall reductions in greenhouse gas emissions from this rule would benefit populations that may be especially vulnerable to damages associated with climate change, such as the very young, elderly, low-income, disabled, and indigenous populations.

To help ensure the integrity of the program and a rigorous and timely phasedown, EPA will work with the Department of Homeland Security to prevent the illegal import and trade of HFCs through an interagency task force. The task force will be led by experts from U.S. Customs and Border Protection, U.S. Immigration and Customs Enforcement, Homeland Security Investigations and EPA to detect, deter, and disrupt any attempt to illegally import HFCs into the United States.  This coordination builds on and is informed by the agencies’ long experience collaborating to prevent illegal imports, including imports of ozone-depleting substances and vehicles that fail to comply with Clean Air Act standards.

The phasedown rule and whole-of-government approach have received support from a broad coalition of stakeholders, including environmental groups, industry leaders, Members of Congress, and state and local partners across the country.

“Today marks an important leap forward in our efforts to tackle the climate crisis and kick start our economy. Putting the AIM Act into action will create good-paying jobs for the American people and help position our nation for a brighter future. This is a slam dunk, plain and simple: phasing down HFCs will support American leadership in manufacturing and innovation, bring down global temperatures, strengthen our economy, and help save our planet,” said Senate Committee on Environment and Public Works Chairman Tom Carper.

“For years, critics have claimed that acting on climate would weaken our economic growth. Today’s announcement is proof positive that they were wrong. I was proud to author the bipartisan American Innovation and Manufacturing Leadership (AIM) Act in the House to tap into the powerful opportunity for growth that a U.S.-led transition away from HFCs could bring,” said Congressman Paul Tonko, Chairman of the Energy & Commerce Subcommittee on Environment and Climate Change. “This legislation and today’s rule position U.S. manufacturers as worldwide leaders in the green economy of the future while also being the most significant action taken by Congress to reduce greenhouse gas emissions in a decade. Simply put, it’s a win-win. I want to thank Administrator Regan and the EPA staff for prioritizing this rulemaking to get the AIM Act up and running. My colleagues and I stand ready to help ensure the successful implementation of this critical climate legislation.”

“The Biden Administration’s action today is a critical step in our ongoing efforts to combat the catastrophic climate crisis by phasing down hydrofluorocarbons, an extremely potent greenhouse gas,” said House Energy and Commerce Committee Chairman Frank Pallone, Jr.  “Congress took a major step in passing the AIM Act in the end-of-year omnibus package last year. I’m very pleased with the Biden Administration’s robust implementation of the law, and the whole-of-government approach it is taking to lead the global transition to cleaner alternatives.”

“The U.S. Climate Alliance welcomes the EPA’s finalization of this rule to phase down highly-potent HFCs across the country. National standards will ensure all communities have access to higher quality products, and that we are giving U.S. industry the best opportunity to innovate and lead the global transition to HFC alternatives,” said U.S. Climate Alliance Policy Director Taryn Finnessey. “Alliance states have been leading the charge in reducing HFC emissions in recent years and now have a strong federal partner in this push. It’s a win for jobs, a win for our economy and it will help us achieve our bold state and federal climate goals.”

“We have repeatedly seen how environmental crime can fundamentally undermine the best efforts to protect our climate,” said Avipsa Mahapatra, Climate Campaign Lead at the Environmental Investigation Agency. “This is a groundbreaking effort to fight crime in climate pollutants by combining the latest technology with the broad cooperation necessary to deliver on U.S. climate goals.”

“This rule is the critical first milestone in the implementation of the AIM Act, which became law in December 2020. We applaud the EPA and the entire Biden Administration for its effort to meet the first statutory deadline for its promulgation,” said Karen Meyers, Chairman of the Board for the Alliance for Responsible Atmospheric Policy and Vice President of Rheem Manufacturing.

“We look forward to reviewing the final allocation rule in full detail and working with EPA to achieve a smooth phasedown as it also initiates efforts on user sector rules and refrigerant management,” said Kevin Fay, Executive Director for the Alliance for Responsible Atmospheric Policy.

“AHRI and its member manufacturers that produce and use hydrofluorocarbon (HFC) refrigerants are pleased that the EPA finalized the allocation rule on time, as required by the American Innovation and Manufacturing Act.  Predictability is a very important aspect of the manufacturing process, and this timely rule ensures that our member companies are aware of this regulatory terrain for the coming years,” said Air-Conditioning, Heating & Refrigeration Institute President & CEO Stephen Yurek. “This rule is a critical step in the 15-year industry-supported process of phasing down HFCs and represents a win for both the climate and the American economy.   We are hopeful that the administration will soon submit the Kigali Amendment to the Montreal Protocol – the treaty that underpins the AIM Act – to the United States Senate and continue the process of putting the United States on record with the majority of the world’s nations in support of this global phase down.”

The HFC Allocation final rule establishes the HFC production and consumption baseline levels from which reductions will be made, establishes an initial methodology for allocating HFC allowances for 2022 and 2023, and creates a robust, agile, and innovative compliance and enforcement system. EPA intends to use the approach established through this rulemaking to issue allowances for 2022 by October 1, 2021 and plans to revisit the approach for subsequent years in a later rulemaking. In addition to establishing a general HFC allowance pool and a set aside pool (e.g., for new market entrants), the rule outlines how EPA is issuing allowances for specific applications listed in the AIM Act that the agency was directed to provide allowances for, such as mission-critical military applications.

For more information on this rule, visit: https://www.epa.gov/climate-hfcs-reduction/final-rule-phasedown-hydrofluorocarbons-establishing-allowance-allocation