The Empire State Building’s Green Retrofit Was a Success. Will Other Buildings Follow Suit? 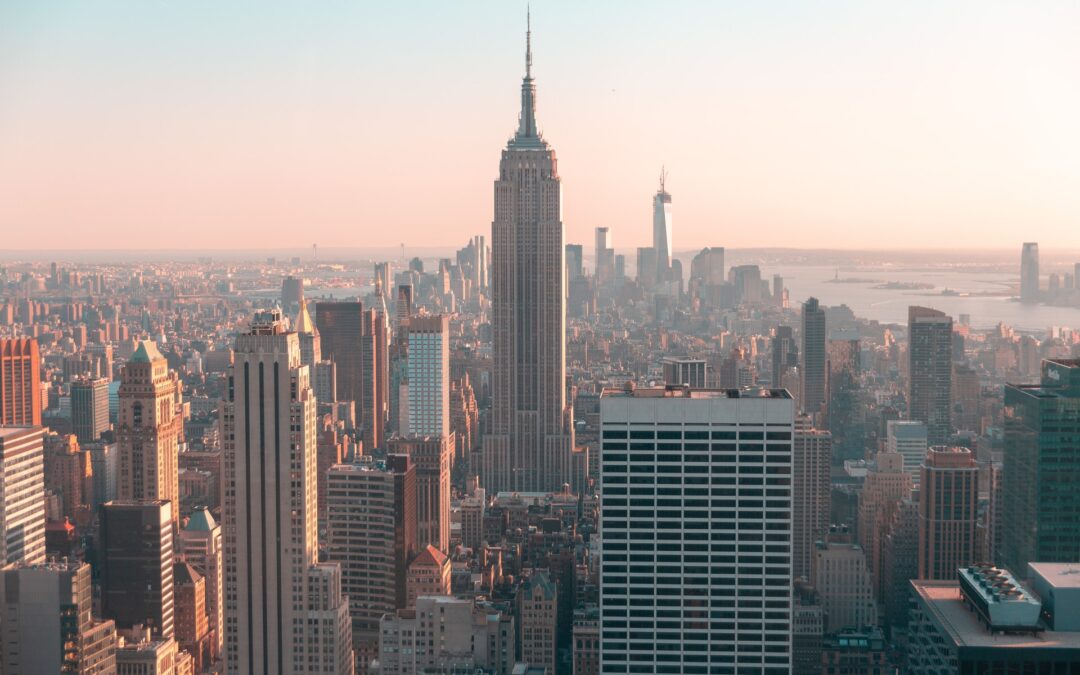 Underneath the Empire State building, a maze of pipes, gauges and steel valve wheels that comprise the building’s chiller plant look as if they might have remained unchanged since President Herbert Hoover turned on the tower’s iconic lights at its opening in 1931. Despite their appearance, those enormous heat exchange machines have been thoroughly upgraded on the inside. They have been gutted and reassembled using much of their original materials as part of an extensive and unprecedented retrofit—launched a decade ago, but ongoing to this day—that saw this Big Apple landmark reworked top to bottom in an effort to save energy and reduce costs.

Energy usage by large, old buildings like the Empire State Building represents a huge obstacle to cities’ dreams of carbon neutrality. New York City’s buildings account for 70% of its carbon emissions, for example, and half of those emissions are produced by the largest 5% of its structures. But retrofitting old buildings to make them more energy efficient represents a formidable challenge, both from an engineering perspective and in terms of convincing owners that doing so is in their financial interest.

The Empire State Building’s original green retrofit, completed in 2010 and costing just over $31 million, was groundbreaking for its time. Beyond the chiller plant rebuild, the building’s 6,514 windows each received an additional pane of coated film that helps reduce heat gain in the summer and heat loss in the winter. Insulation was installed behind radiators, also to prevent heat loss. The elevator system was upgraded with regenerative braking, which recaptures electricity as the cars reach their destinations. All told, the upgrades have cut the building’s energy usage by about 40%, saved its owners more than $4 million every year and played a part in attracting high-value tenants that have fattened the building’s bottom line.

Now, as the Empire State Building turns 90 years old this month, New York State is moving forward with a program that aims to encourage other building owners to follow the world-famous Art Deco skyscraper’s example. “What the Empire State Building did a decade ago was pioneering and really led a green building movement,” says Janet Joseph, senior vice president for strategy and market development at the New York State Energy Research and Development Authority (NYSERDA). “This needs to continue, and we actually need to even go further and deeper than what the Empire State Building did a decade ago.” Through a program called the Empire Building Challenge, NYSERDA is providing $50 million in funding to a group of high-rise building owners to test innovative new green retrofit solutions. Major private sector collaborators, including Vornado Realty Trust and Silverstein Properties, are on board.

It might not seem like the owners of some of the world’s most valuable real estate should need a publicly-financed carrot to upgrade their buildings. But in New York City, there’s also a stick within the overlapping layers of city and state authority that govern the largest city in the U.S. Gotham’s Local Law 97, enacted in 2019, places ever-shrinking carbon caps on tens of thousands of large buildings in the city, and requires their owners to reduce their energy usage. “We understand that this is costly,” says John Mandyck, CEO of the Urban Green Council, which advocated for the law. “But we’re doing this for a reason. We’re doing it to protect our city from the impacts of climate change.” Those effects are already being felt. Water in New York Harbor is a full 12 inches higher than it was a century ago, and some of the city’s infrastructure is still recovering from damage it sustained during Hurricane Sandy in 2012. Water levels surrounding the city are anticipated to rise between 1 and 3.5 feet over the next six decades, costing billions of dollars in property loss.

But even faced with tightening carbon caps, risk-averse, financially-minded building owners may decide they’re simply better off paying fines in the short term rather than upgrading their buildings to use less energy. “Beating people over the head with this stuff doesn’t seem to work,” says Kenneth Lewis, president of the American Institute of Architects’ New York chapter and a partner at architecture firm Skidmore, Owings, and Merrill. “It encourages them, but they’re going to do a balance sheet calculation to decide whether they’re going to do it or not.”

That’s where the Empire Building Challenge comes in. The “heart and soul” of the program, Joseph says, is creating blueprints from the private sector partners’ initial projects, which will then be shared with other building owners across the state, so they know which ideas are worth pursuing. The program also comes as many new relevant technologies are on the verge of becoming viable, including electrochromic glass (which can darken automatically to reduce incoming sunlight) and flooring tiles that can gather electricity from footsteps. Lewis says a “little bit of money” can help encourage building owners to try those technologies and other experiments. “Then they can take that information and share it and encourage further innovation,” he says.

There’s no time to waste. In New York City and elsewhere, old, inefficient buildings are belching out planet-warming emissions and consuming vast amounts of electricity every day. Green building retrofits take time and money, and Lewis says there is perhaps a five-to-ten year window to get moving on initiatives across New York if the City is to meet its climate goals. “This is not about replacing some lightbulbs,” says Joseph. “We need to be retrofitting 200 buildings a day, every day, for the next 12,000 days.”

Still the challenge of decarbonizing the country’s largest city and fourth-most populous state remains daunting. “It’s a scale of transformation that’s unprecedented, but one that we believe is actually vital to the survival of our planet,” says Joseph. “Seems worth doing.”