The billion-dollar race to invent a wearable air conditioner 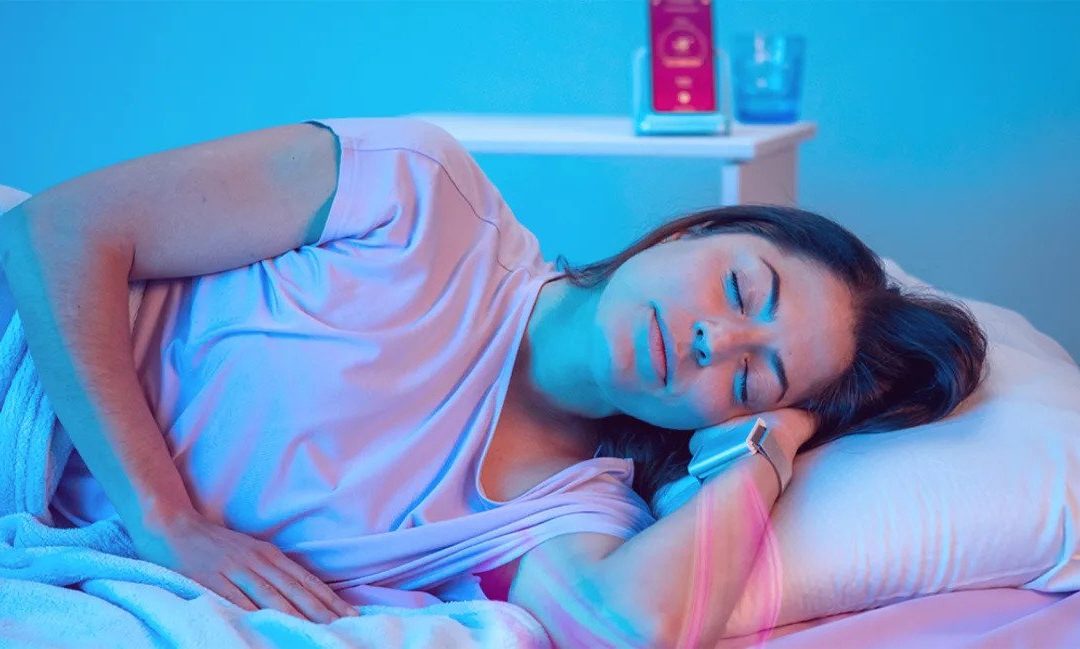 Extreme heat around the world is pushing companies—and researchers—to find new ways to cool down the human body.

July 2019 was the hottest month ever recorded. And in all likelihood, summertime temperatures are going to keep going up—and so will energy bills, if we continue to rely on traditional air conditioning to keep our bodies cool. The sheer number of A/C units is already a threat to the climate because of the amount of energy these devices consume. According to one report, there are already 1.2 billion A/C units pumping cool air into people’s homes, and that number is on track to reach 4.5 billion by 2050; energy demand is expected to triple in the same amount of time. It’s a vicious cycle: Cooling ourselves is actually contributing to the climate change that’s heating up the planet.

Cooling individuals could be a lot cheaper and less wasteful than cooling entire buildings. The home cooling industry is a large market: Air conditioners cost Americans $29 billion per year, according to the Department of Energy. Still, staying cool isn’t just about saving money or energy. People with health conditions like cancer can experience hot flashes and find regulating their temperature difficult. As global temperatures rise and energy efficiency becomes ever more important, and a group of companies, startups, and research groups are racing to build wearable and portable devices that can act like mini A/C units, personalized just for you—whether you want to save money, regulate your health, or lessen your carbon footprint.

The global electronics maker Sony is just one of the companies getting into the cooling wearable game. In late July, the company launched a successful crowdfunding campaign in Japan for a device called the Reon Pocket, which will sit right at the back of the neck in a specially designed undershirt’s pocket and deliver instant cooling thanks to a property of semiconductors called the Peltier effect (more on this later).

The project, which is part of the Sony Startup Acceleration Program, is already completely funded, and Sony plans to start selling the product in 2020, just in time for the Tokyo Olympics. Given the recent heatwaves in the city, a device like this could make watching the Games outdoors more tolerable, or even help the athletes themselves. With the combined undershirt, the price will be around $130, but it will only be sold in Japan for now.

Sony isn’t the only company trying to capitalize on the rising heat. Embr Labs is a startup founded by three MIT Ph.D. students who were frustrated by the fact that their lab was always freezing cold during the summer, even when there were only a few people in the building.

Wouldn’t it make sense, they thought, to provide cooling devices to each individual inside the lab instead of using insane amounts of energy to chill vast spaces? Their solution is a small, $299 device called the Embr Wave that you wear on the inside of your wrist. At the press of a button, a ceramic plate that sits next to your skin gets really cold, providing you a bit of relief by targeting the sensitive thermoreceptor nerves that sit on the inside of your wrist. The company claims that, because Embr would allow people to cool themselves rather than their entire office or home, it could translate to energy savings of between 15% and 35% of a building’s overall cooling costs.

Like Sony’s Reon Pocket, the wave is comprised of a cooling plate that sits against your skin and a larger aluminum heat sink on top in the form of a bracelet. The Wave doesn’t stay cold for long though; you set a duration for it to run, and it slowly increases and decreases the cold sensation in waves for that period of time. A 2018 study at UC Berkeley’s Center for the Built Environment found that the Embr Wave can help people feel up to five degrees more comfortable.

Creating a wearable that can cool you down is incredibly difficult, mostly because of the laws of physics: If you’re going to make something cold, you have to make something else warm. That’s why window A/C units stick out the window: They can blow hot air away from a building’s interiors, while they blow cold air inside. “When as you get smaller, especially if you want to get portable, it becomes more and more difficult to dissipate that heat,” says Sam Shames, a co-founder and chief operating officer at Embr. There’s another problem, too: It takes a lot more energy to cool something down than to heat something up. As a result, cooling devices are usually large, bulky, and loud—all because of the process of cooling is inherently inefficient.

That’s why the Embr Wave, as well as Sony’s Reon Pocket, use a quirk of materials science called the Peltier effect to provide intense cooling sensations in a smaller form. In the 1830s, the French physicist Jean Charles Athanase Peltier discovered that if you run an electrical current across a junction between a metal and a semiconductor (the same material that you find in today’s electronics), you can create a cooling effect. If you run the current the other direction, you produce heat. Today, devices that use this effect, called thermoelectrics, can be found in everything from heated car seats to wine coolers. It’s how the Mars Rover was cooled, and it powers the cooling and heating on the International Space Station.

The Embr Wave and the Reon Pocket both use the thermoelectric effect to generate cooling in a device that’s small enough to wear on your body. But thermoelectrics also require a lot of energy. To make the Embr Wave more efficient, the startup’s team engineered the thermoelectric device to just target the temperatures that the human body responds to the best. Because temperature sensations are relative, the device doesn’t need to be anywhere close to freezing to feel cold—it just has to be a little cooler than the normal human body temperature. The device’s temperature rises and falls slowly, thanks to a proprietary algorithm that changes the temperature just enough to produce a cooling sensation while conserving battery. The Embr team says that you can run the device’s two to three-minute cycles up to 50 times on a single charge. (Sony did not provide more detail on how the Reon Pocket solves this problem.)

Meanwhile, academic researchers are also exploring the ways that the Peltier effect can be used to create wearables. At the University of California San Diego, mechanical engineering and materials science professor Renkun Chen and his team created a wearable patch that uses similar technology to provide instant cooling.

The flexible patch, the development of which was funded by the Department of Energy, has a clever design that still uses the thermoelectric effect to cool but doesn’t require a heat sink because the patch has a layer of insulation between the side of the patch that sits against the wearer’s skin and the side of the patch that expels heat out into the environment. Chen’s goal is to eventually weave the patch into clothing, which could help people like construction laborers who are working outside in extreme conditions, though his working prototype can be held next to the skin using an armband. He is in talks with several apparel companies and hopes to commercialize the technology within a few years.

“One of our plans is to make a larger cooling patch for people who have more urgent needs, especially health conditions,” Chen says, referring to how cooling patches might help people who have hot flashes. “And we’ll gradually make more sophisticated products, like integrating into special occupancy clothes.”

While thermoelectric properties are one of the main avenues of research for wearable air conditioners, some startups are examining different techniques to create personalized cooling. The startup Mobile Comfort, which is commercializing research into portable air conditioning from the University of Maryland, is developing a mobile air conditioner called RoCo that looks almost like a large air purifier, with an opening near the top that blows cold air toward the user.

But while RoCo uses the smallest available compressors (the pumps that move warm air outside your home) to generate cool air, it uses the same process as a traditional air conditioner. But it doesn’t need the ventilation that A/Cs usually require. Instead, the unit uses a clever heat sink: a phase change material, or a substance that can change its physical form based on how much energy it has. Ice is one example of a phase change material: When you apply heat to it, it slowly changes from a solid into a liquid. But while ice requires far less energy to melt than it does to freeze, Mobile Comfort chose a phase change material that requires a much larger amount of energy to change state from a solid to a liquid. Instead of blowing hot air out the back of the A/C unit, the RoCo prototype instead plows all the heat it generates into this material, called fatty alcohol, which absorbs the heat as it slowly melts.

This enables the device to last for about eight hours. During that time, RoCo uses a camera to track where the user is within a space and it spins 360 degrees to follow where the person goes, blowing cool air through an opening at the top of the device so that they’re constantly cooled. When the person leaves the room, the unit automatically shuts off. When the device does eventually use up all of its heat sink, the user has to reverse the process: It takes a few hours, but all you have to do is set it up to release the heat it has stored while you’re out of the room. That might sound counterproductive, but the company says that during this process the prototype only generates the same amount of heat as two lamps running.

Mobile Comfort is partnered with the large air conditioning manufacturer Daikin, and the research was originally funded by the Department of Energy with the idea that people might one day use the device to save on their energy bill. “The thought process was and is that if you increase the set point of your thermostat to something slightly warmer than comfortable, and then use this for supplemental cooling, there will be a huge energy savings,” says Todd Stave, Mobile Comfort’s CEO.

However, while Stave found that consumers in Asia and Europe, where central A/C is less prevalent, were generally on board with this idea during his market research, consumers in the United States were not. “People in North America don’t care about the cost of energy—it’s too cheap,” he says. “So they’re going to use it in places that air conditioning didn’t exist before: the patio, the pool deck, the garage.”

RoCo is far from hitting the shelves: Stave is aiming for a launch in 2021. Perhaps by that time, energy in the United States will be more expensive. At that point, finding ways to avoid using traditional air conditioners may be a practical way to save a little money on energy costs. Smaller, more efficient A/Cs like RoCo or thermoelectric-powered wearables like Embr and Reon pocket might be able to break that vicious cycle of energy-hungry air conditioners contributing to extreme heat, which in turn convinces more people to turn on the A/C to stay comfortable. Instead, they could help people save energy while staying cool, even when it’s hot outside.