‘Sewer Heat’ Could Be Hidden Ally Against Climate Change. Here’s How Denver Is Pulling It To The Surface 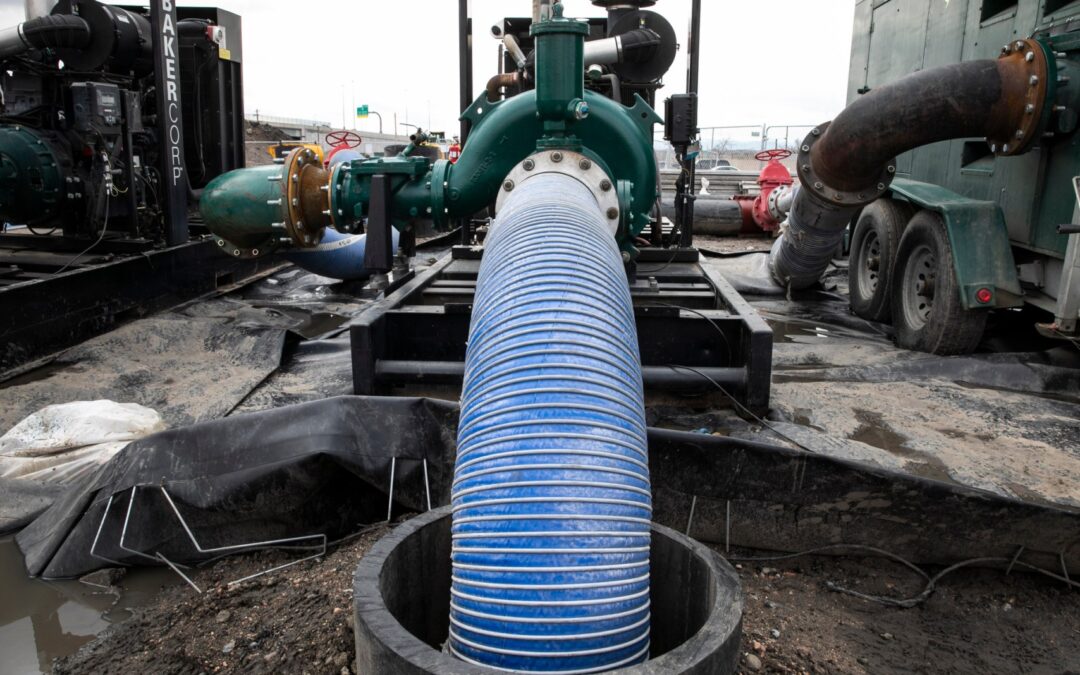 A secret cache of renewable energy is lurking in the sewers. The key question is how to coax it to the surface and put it to work in the battle against climate change.

There’s no mystery over how excess energy ends up below cities. Showers, hot waters and sinks all add hot water to sewers. In fact, the U.S. Department of Energy estimates American’s wash 350 billion kilowatt-hours of energy down the drain every year. For some perspective, that’s enough power for about 30 million U.S. homes.

The largest sewer heat-recovery project in North America is now under construction in Denver.

The project will add about a million square feet of new indoor space. All of it will be heated and cooled with a heavy dose of heat from sewer pipes below the 250-acre campus.

Brad Buchanan, the CEO of the National Western Center, said the project has already readjusted how he thinks about the best location for real estate. Big pieces of sewer infrastructure have long repelled development. In the future, he imagines builders might seek them out to save energy costs and avoid greenhouse gas emissions.

“It’ll be interesting to see if folks start to look at not just where light rail lines or good schools are located, but what’s the proximity to a large sanitary sewer line,” Buchanan said.

How To Mine For Sewer Heat

At the National Western Center, construction crews have already completed a pit exposing the main sewer line. According to the Denver Metro Wastewater Reclamation District, the wastewater inside stays a mild 55 to 75 degrees year-round, no matter the weather outside. The consistent temperature can then be tapped to heat and cool above-ground buildings.

National Western Center officials estimate the system will help the campus avoid about 2,600 metric tons of carbon per year, roughly the same as driving an average gas car around the equator 250 times.

The key to the trick is a massive heat pump, which will be housed in a central plant on the campus. The device works like a reversible air conditioning unit. In the winter, it will transfer energy from the sewage into a clean water loop connecting the buildings, adding heat to indoor spaces. The process can then be flipped to keep things cool in the summer.

Since the wastewater is never exposed, future occupants won’t get hit with a wave of sewer stink.

Shanti Pless, a research engineer with the National Renewable Energy Laboratory in Golden, said the technology opens up a vast world of “renewable heat mining.”

“With the advent of large-sale heat pumps, we can cost-effectively use, say, 70-degree wastewater to heat our buildings and our hot water systems,” Pless said.

Rethinking How We Heat And Cool Buildings

Pless said the biggest barrier isn’t technology — it’s helping developers rethink the size of their heating and cooling systems. Sewer heat recovery often works best as the heart of a district-sized energy system, where a central plant provides energy to a whole neighborhood or office complex.

Denver itself shows how this kind of centralized strategy has fallen out of favor in the U.S.

A 141-year-old steam heat system warms many of the city’s downtown buildings, supplying energy from a central gas plant operated by Xcel Energy. As costs to improve the system have landed on customers, many building operators have disconnected from the steam service in favor of smaller, independent heating and cooling systems.

Nevertheless, Pless said district energy often makes sense, but it requires a careful study of the energy needs and resources in a specific area. NREL has developed tools to help communities model the viability of heat-recovery systems. He said the National Western Center could also help blaze a trail into the sewers.

“This has been a great local example for us to take the idea to the rest of the country,” Pless said.

If sewer energy catches on, one reason could be the potential benefits for wastewater districts.

That’s because warm sewage causes its own environmental problems. In Denver, wastewater is often hotter than the South Platte River, its final destination after running through a treatment plant. This “thermal pollution” can imperil native plants and wildlife.

Metro Wastewater has produced slick brochures to entice other developers with sewer heat. Conway said there were no solid plans just yet, but the district has had “discussions with Denver and Thornton.”

Meanwhile, the National Western Center has moved to protect its supply. The City and County of Denver, a partner in the project, exercised a three-year option for exclusive access to the energy inside the pipelines running through the campus.

Buchanan, the project CEO, said it amounts to a new sort of environmental resource. Instead of mineral rights or water rights, his development holds sewer thermal energy rights.

“We have it protected because we’re counting on that energy in perpetuity,” he said.