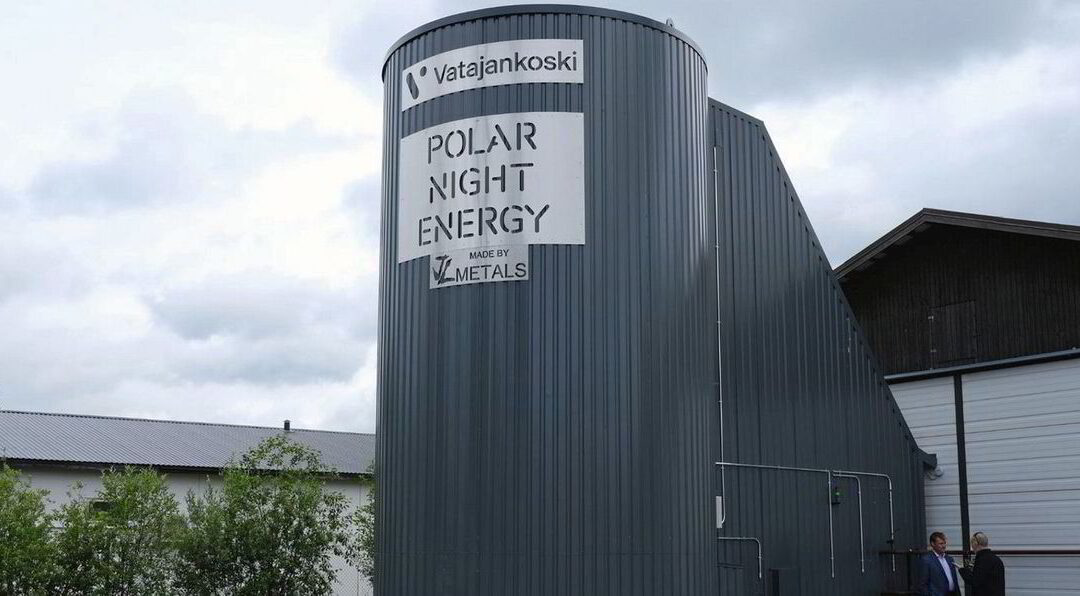 Finnish technology outfit Polar Night Energy and compatriot utility Vatajankoski have switched on what is claimed to be the world’s first commercial sand-based thermal energy storage system, to back-up a local heating network in the west of the Nordic country.

The system set up adjacent to the power plant, which has 100kW heating power and 8MWh capacity, uses renewable energy to stoke up the sand to temperatures of 500-600C, ‘discharging’ to provide heat for the Kankaanpää district.

“The construction of the storage went well, especially considering that the solution is completely new. We managed to get everything in order despite some challenges and a short delay. Now the sand is already hot,” said Polar Night CTO Markku Ylönen, in a LinkedIn post.

“We have already learnt that our system has even more potential than we initially calculated. It’s been a positive surprise.”

“This innovation is a part of the smart and green energy transition. Heat storages can significantly help to increase intermittent renewables in the electrical grid. At the same time, we can prime the waste heat to usable level to heat a city. This is a logical step towards combustion-free heat production.”

Vatajankoski uses the heat from the Polar Night system, based around a steel four metre by seven metre container holdings “hundreds of tonnes” of sand, to prime the waste heat recovered from its data servers, which depending on the season needs to be heated up from 60°C to 75–100°C before being fed into the district heating network.

“Production of renewable energy sources such as wind and solar power is highly volatile, and only partly overlapping with the consumption in time,” said Ylönen.

“As these volatile electricity sources increase rapidly in societies, more and more energy storages are needed. Our technology provides a way to refine cheap and clean surplus electricity to valuable heat in an affordable way to be used when most needed.”

Polar Night currently also has a 3MWh test pilot project in Hiedanranta, Tampere, that is partly-charged up by a small solar array and connected to a local district heating grid to provide heat “for a couple of buildings”.

Between 25GW and 35GW of long-duration energy storage (LDES) will be installed globally worldwide by 2025, amounting to about 1TWh and $50bn of investment, according to a report by the recently formed LDES Council.