Key takeaways from the COP27 climate summit in Egypt 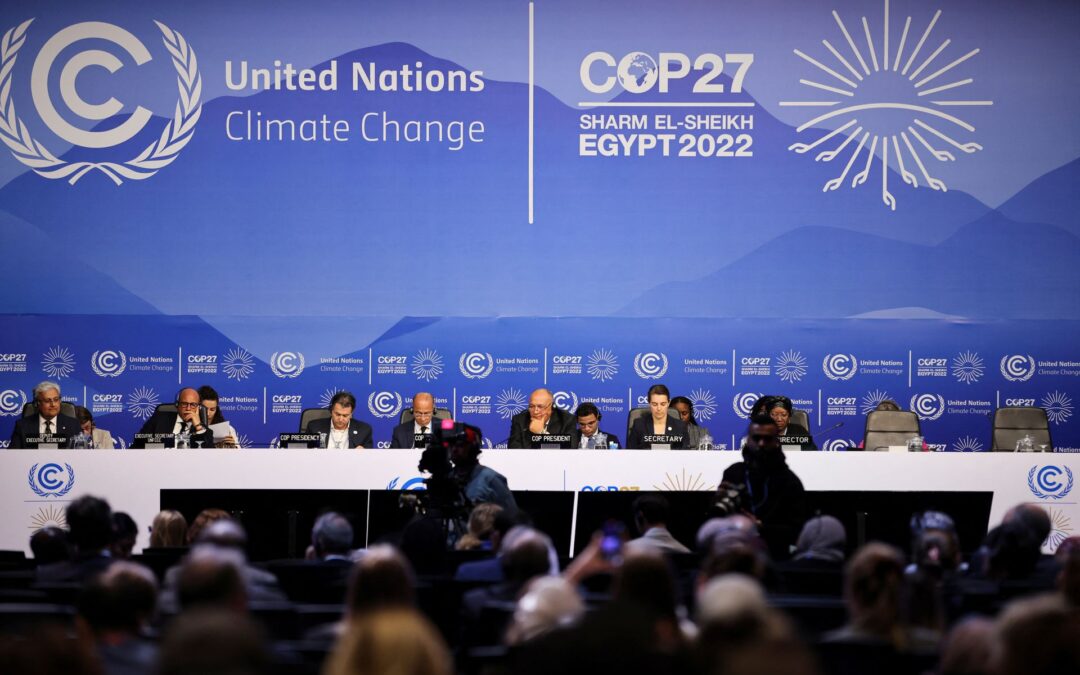 This year’s U.N. climate summit featured visits by world leaders, proposals by business leaders, and negotiations by nearly 200 nations about the future of global action on climate change.

Here are some of the key takeaways from the two-week COP27 summit held in the Egyptian resort of Sharm el-Sheikh:

After years of resistance from rich governments, nations for the first time agreed to set up a fund to provide payouts to developing countries that suffer “loss and damage” from climate-driven storms, floods, droughts and wildfires.

Despite being the standout success of the talks, it will likely take several years to hammer out the details over how the fund will be run, including how the money will be dispersed and which countries are likely to be eligible.

The final COP27 deal drew criticism from some quarters for not doing more to rein in climate-damaging emissions, both by setting more ambitious national targets and by scaling back use of fossil fuels such as coal, oil and natural gas.

While the deal text called for efforts to phase down use of unabated coal power and phase-out inefficient fossil fuel subsidies, some countries had pushed to phase out, or at least phase down, all fossil fuels.

But from the opening speeches to the gaveling of the final deal, the use of fossil fuels was affirmed for the near future.

President Sheikh Mohammed bin Zayed al-Nahyan of the United Arab Emirates – host of next year’s COP28 climate summit – said his country would continue to deliver oil and gas “for as long as the world is in need”.

Oil company CEOs were on hand at this year’s summit, after having been pushed to the margins at COP26. Natural gas chiefs were billing themselves as climate champions, despite gas companies having faced lawsuits in the United States over such claims.

Nevertheless, some electricity-poor nations in Africa argued for their right to develop their natural gas reserves, even as they face increasing climate impacts such as drought.

And fossil fuel phase-out clubs launched around last year’s summit in Glasgow were struggling to recruit new members amid this year’s energy crisis caused by the Ukraine war.

Luiz Inacio Lula da Silva was greeted by roaring crowds as he declared “Brazil is back” in the global climate fight, and vowed to host COP30 in 2025 in the Amazon region.

The leftist leader made the Egypt climate summit his first visit abroad since winning Brazil’s presidential election last month against right-wing President Jair Bolsonaro, who presided over mounting destruction of the rainforest and refused to hold the 2019 climate summit originally planned for Brazil.

On Monday, Brazil also joined Indonesia and the Democratic Republic of Congo in launching a partnership to cooperate on forest preservation. The trilateral alliance was negotiated over a decade of on-off talks that continued even as the countries’ national forest policies and leaderships changed. They are expected to press rich nations to pay for forest preservation.

A critical precursor for the climate talks’ success happened far away from the Red Sea locale.

As the COP entered its second week, China’s President Xi Jinping and U.S. President Joe Biden met in Indonesia for the G20 where the heads of the world’s two largest greenhouse gas emitters agreed to restart cooperation on climate change after a months-long hiatus due to tensions over Taiwan.

Xie said on Nov. 19 that he expects to keep up direct cooperation on climate change with Kerry after the end of COP27 – and presumably after Kerry recovers from COVID.

BILLIONS IN PRIVATE FINANCE (BUT NOT TRILLIONS… YET)

The world of finance has failed to provide enough money to help countries cut their carbon emissions and adapt their economies to the changes wrought by global warming, yet the COP27 talks suggest change is coming.

Among the steps likely to free up more cash is a plan to reform leading public lenders such as the World Bank so that they can take more risk and lend more money. By doing so, countries hope more private investors will join in.

Deals struck at the talks also give hope for faster action, chief among them a landmark deal between countries such as the United States and Japan, and private investors to help Indonesia shift away from coal-fired power generation more quickly.