In a hotter world, air conditioning isn’t a luxury, it’s a lifesaver 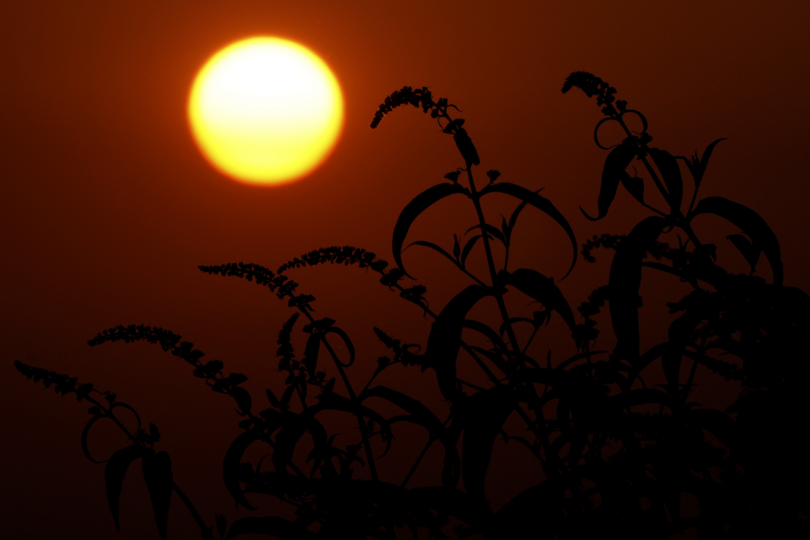 As extreme heatwaves ravage the United States, Europe and Africa, killing thousands, scientists warn that the worst is still to come. With countries continuing to pump greenhouse gasses into the atmosphere and the chance of meaningful federal climate change legislation crumbling in the U.S., this summer’s sweltering temperatures may seem mild in 30 years.

This week, many witnessed the deadly impact extreme heat can have in a country ill-prepared for scorching temperatures. In the U.K., where air conditioning is rare, public transportation shut down, schools and offices closed, and hospitals cancelled non-emergency procedures.

Air conditioning, a technology many take for granted in the world’s wealthiest nations, is a life-saving tool during extreme heat waves. However, only about 8% of the 2.8 billion people living in the hottest – and often poorest — parts of the world currently have AC in their homes.

In a recent paper, a team of researchers from the Harvard China Project, housed at the Harvard John A. Paulson School of Engineering and Applied Sciences (SEAS), modeled the future demand for air conditioning as days with extreme heat increase globally. The team found a massive gap between current AC capacity and what will be needed by 2050 to save lives, especially in low-income and developing countries.

The researchers estimated that, on average, at least 70% of the population in several countries will require air conditioning by 2050 if the rate of emissions continues to increase, with that number even higher in equatorial countries like India and Indonesia. Even if the world meets the emissions thresholds laid out in the Paris Climate Accords — which it’s not on track to do — an average of 40% to 50% of the population in many of the world’s warmest countries will still require AC.

“Regardless of the emission trajectories, there needs to be a massive scale-up of air conditioning or other space cooling options for billions of people so that they’re not subject to these extreme temperatures throughout the rest of their lives,” said Peter Sherman, a postdoctoral fellow at the Harvard China Project and first author of the recent paper.

Sherman, with postdoctoral fellow Haiyang Lin, and Michael McElroy, the Gilbert Butler Professor of Environmental Science at SEAS, looked specifically at days when the combination of heat and humidity, measured by the so-called simplified wet-bulb temperature, could kill even young, healthy people in a matter of hours. These extreme events can occur when the temperatures are sufficiently high or when humidity is high enough to prevent perspiration from cooling the body.

“While we focused on days when the simplified wet-bulb temperature exceeded a threshold beyond which temperatures are life-threatening to most people, wet-bulb temperatures below that threshold may still be really uncomfortable and dangerous enough to require AC, especially for vulnerable populations,” said Sherman. “So, this is likely an underestimation how much AC people will need in the future.”

The team looked at two futures — one in which the emission of greenhouse gasses significantly increases from today’s average and a middle-of-the-road future where emissions are scaled back but not cut completely.

High-income countries like the U.S. are better prepared for even the direst future. Currently, some 90% of the population in the U.S. has access to AC, compared to 9% in Indonesia and just 5% in India.

Even if emissions are scaled back, India and Indonesia will still need to deploy air conditioning for 92% and 96% of their urban populations, respectively.

More AC will require more power. Extreme heat waves are already straining electrical grids across the globe and the massive increased demand for AC could push current systems to the breaking point. In the U.S., for example, air conditioning already accounts for more than 70% of the peak residential electricity demand on extremely hot days in some states.

“If you increase AC demand, that has a major impact on the electricity grid as well,” said Sherman. “It puts strain on the grid because everyone is going to use AC at the same time, affecting the peak electricity demand.”

“When planning for future power systems, it’s clear that you can’t simply scale up of present-day demand, especially for countries such as India and Indonesia,” said McElroy. “Technologies such as solar power could be particularly useful for handling these challenges, as the corresponding supply curve should correlate well with these summertime peak demand periods.”

Other strategies to moderate increased electricity demand include dehumidifiers, which use significantly less power than air conditioning. Whatever the solution, it’s clear that extreme heat isn’t just an issue for future generations.

“This is a problem for right now,” said Sherman.

The research was funded by the Harvard President’s Office. It was published in the journal Energy and Buildings.