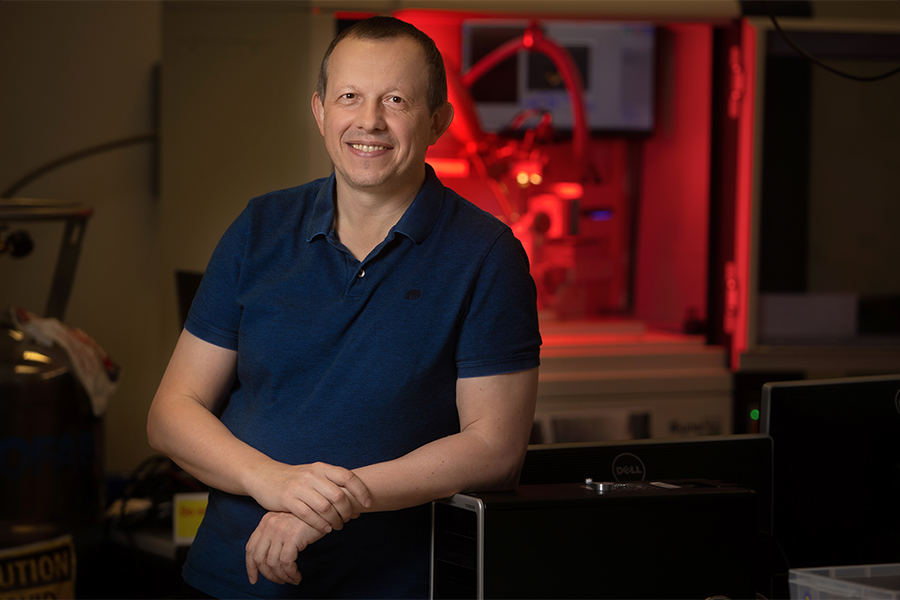 Air conditioners, refrigerators and other machines that heat and cool work with a simple premise. Pressure is applied to a gaseous refrigerant to turn it into a liquid state and then removed again so cold air is released. That cycle repeats.

But it isn’t the most efficient or environmentally friendly process. And now, researchers from Florida State University and University of Barcelona have developed a process with magnets that could potentially create a better, faster, non-volatile cooling system.

“There’s been a lot of interest in moving this process to a solid-based system to avoid the use of greenhouse gases,” said FSU Professor of Chemistry Michael Shatruk. “We realized we could also do this with molecular crystals.”

The findings are published in the journal Advanced Materials.

The results of this process have outperformed other solid-state barocaloric materials that scientists across the globe have been trying to perfect to mimic traditional gas refrigeration processes.

“We realized we had broad knowledge of this area and we could come up with an optimal compound to produce the desired effect,” he said.

Shatruk said he and his colleagues are now working to better understand why the iron-based molecule they chose to work with performed so well and to see if they can tweak the process to heighten future performance.

This research is funded by the National Science Foundation.