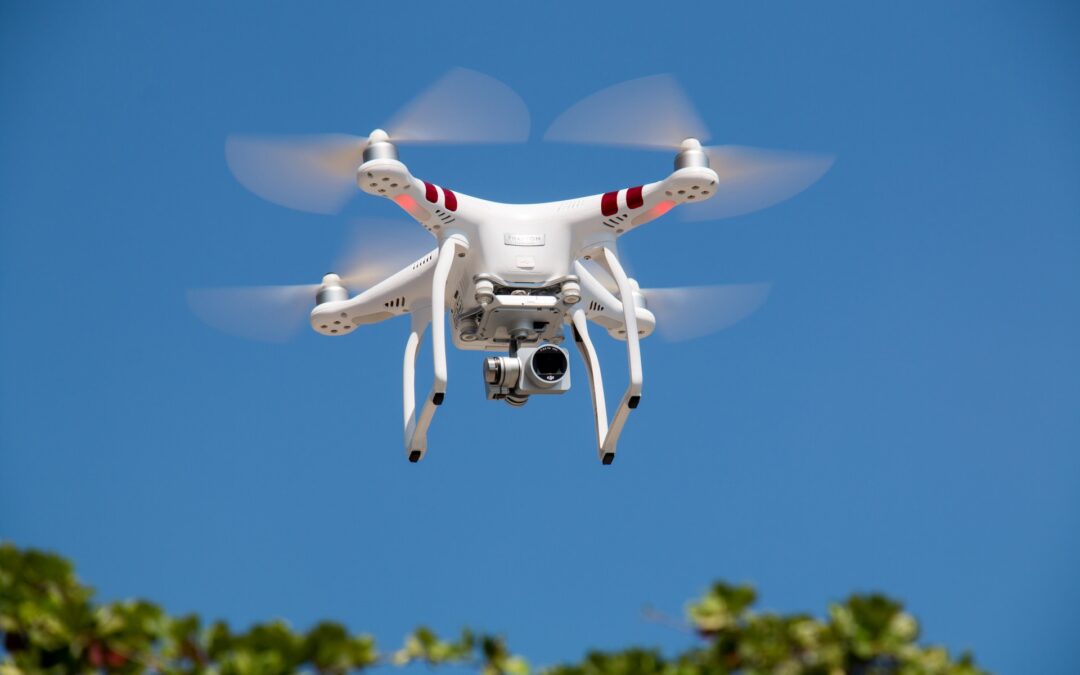 The Department of Buildings announced today the release of a new report on the potential use of unmanned aircraft systems in New York City to aid in safety inspections of our City’s built environment.

The report provides a deep dive into the regulatory landscape affecting drone use in New York City, the use of drones in other jurisdictions, and how drones could potentially be used for building façade inspections within the five boroughs.

The report ​primarily looks at the capabilities of drones in the context of mandatory façade inspections under the City’s existing Façade Inspection & Safety Program (FISP).

“It is imperative that we continue to embrace the latest technologies and innovations in support of our mission to protect our fellow New Yorkers,” said Buildings Commissioner Melanie E. La Rocca. “Our report is the product of intensive research by DOB experts, and finds that when combined with traditional hands-on examinations, the effective use of drones could potentially result in more comprehensive building inspections, resulting in reduced inefficiencies and a safer New York City.”

Currently, legal drone use in New York City is restricted only to approved government agencies in response to specific emergency response situations. Changes to these restrictions allowing for commercial use of drones, such as during a FISP inspection of the exterior walls of a building, would require new legislation from the City Council to amend the New York City Administrative Code.

The Department’s report found that when used in conjunction with up-close, hands-on examinations, the use of unmanned aircraft systems could potentially have application for façade inspections, by providing additional information to the Qualified Exterior Wall Inspector. Specifically, drones could potentially be used for collecting significant amounts of visual data such as photographs, videos, and thermal imaging. Drone pilots might also be capable of capturing images of building angles that are more difficult to access using current methods of visual inspection, which is important for the inspection of larger buildings.

By studying these issues further and gathering concrete data, the City could have a clearer understanding on the extent to which emerging unmanned aircraft technologies can be utilized to improve the efficiency and safety of required building inspections. Looking further into the future, additional study could also offer a glimpse into how drones can be safely operated for broader commercial use in a dense city environment. Finally, the City will want to investigate what additional rules and specific guidelines would need to be implemented if drones were used to help maintain public safety in the future.

“Ever since Erica Tishman was killed by falling debris two years ago, I have pushed to find a way to use drones to inspect buildings. We must use all the tools at our disposal to prevent such unnecessary injuries and death. I am deeply gratified that today we are moving forward with one of my top priorities,” said Council Member Robert E. Cornegy, Jr.

“As Chair of the New York City Council’s Committee on Technology, I know that we must always be moving forward with using the best technology to promote the safety and durability of our buildings. The use of drones to inspect buildings could yield more detailed results and greater safety, as well as greater efficiency and documentation. It’s well worth pursuing.” said Council Member Robert Holden.

“I commend the Department of Buildings for exploring new technologies to make building inspections safer, cheaper, and more efficient,” said Council Member Carlina Rivera. “Façade inspections should not be so costly that scaffolding stays up for decades and our historic landmarks are impossible to maintain. I look forward to working with DOB to modernize façade inspections and other building maintenance to make our city safer for all New Yorkers,” said Council Member Carlina Rivera.

“Building technology is developing faster than it has in a century,” said Carlo A. Scissura, President and CEO of the New York Building Congress. “We’re seeing drones, artificial intelligence and other innovations make design and construction more efficient, stronger and safer. New York City was always been innovative, but our outdated codes and rules have left us behind while other cities benefit from cutting-edge technologies. With this report, the Department of Buildings has taken a major step forward for New York to catch up. Our hope is that the incoming City Council will act swiftly to enable the use of drones for façade inspections, making the process safer and more efficient.”

“The consulting engineering community applauds DOB for its continual work in assessing ways to increase efficiencies, new technologies, and innovative approaches. Today is an important step towards the potential deployment of this new tool by professional engineers to increase public safety. We look forward to working with DOB to make sure drone technology is used appropriately and effectively,” said John Evers, President & CEO, American Council of Engineering Companies of New York (ACEC New York).

“CSACNY commends commissioner La Rocca and DOB for their continued efforts to improve public and worker safety,” said James Bifulco, President of the Construction Safety Advisory Committee of New York. “Embracing drone technology could greatly enhance the safety to the public during the facade inspection process, make facade repair and emergency response operations safer, and significantly reduce the time needed to have sidewalk sheds in place. We applaud the Department’s effort to continue to investigate new ways, and new technologies to improve public safety.”

“Thank you for your diligent inquiry and report. We look forward to a time when judicious drone deployment is available to the city’s QEWIs to further our efforts to assure the safety of the city’s buildings,” said Paul Millman, PE, RA, Principal at SUPERSTRUCTURES Engineers + Architects.