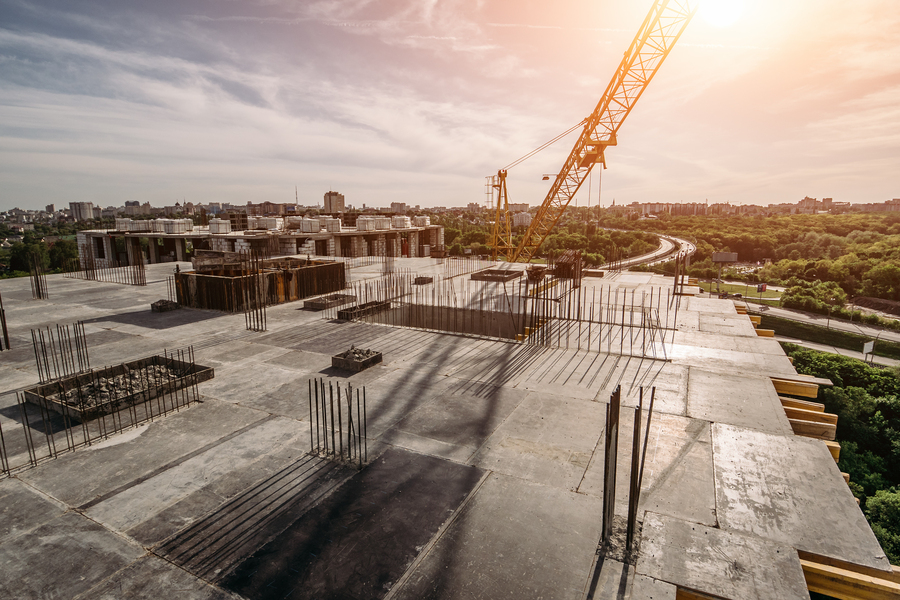 MIT researchers find emissions of U.S. buildings and pavements can be reduced by around 50 percent even as concrete use increases.

As the most consumed material after water, concrete is indispensable to the many essential systems — from roads to buildings — in which it is used.

But due to its extensive use, concrete production also contributes to around 1 percent of emissions in the United States and remains one of several carbon-intensive industries globally. Tackling climate change, then, will mean reducing the environmental impacts of concrete, even as its use continues to increase.

In a new paper in the Proceedings of the National Academy of Sciences, a team of current and former researchers at the MIT Concrete Sustainability Hub (CSHub) outlines how this can be achieved.

They present an extensive life-cycle assessment of the building and pavements sectors that estimates how greenhouse gas (GHG) reduction strategies — including those for concrete and cement — could minimize the cumulative emissions of each sector and how those reductions would compare to national GHG reduction targets.

The team found that, if reduction strategies were implemented, the emissions for pavements and buildings between 2016 and 2050 could fall by up to 65 percent and 57 percent, respectively, even if concrete use accelerated greatly over that period. These are close to U.S. reduction targets set as part of the Paris Climate Accords. The solutions considered would also enable concrete production for both sectors to attain carbon neutrality by 2050.

Despite continued grid decarbonization and increases in fuel efficiency, they found that the vast majority of the GHG emissions from new buildings and pavements during this period would derive from operational energy consumption rather than so-called embodied emissions — emissions from materials production and construction.

The consumption of concrete, due to its versatility, durability, constructability, and role in economic development, has been projected to increase around the world.

While it is essential to consider the embodied impacts of ongoing concrete production, it is equally essential to place these initial impacts in the context of the material’s life cycle.

Due to concrete’s unique attributes, it can influence the long-term sustainability performance of the systems in which it is used. Concrete pavements, for instance, can reduce vehicle fuel consumption, while concrete structures can endure hazards without needing energy- and materials-intensive repairs.

Concrete’s impacts, then, are as complex as the material itself — a carefully proportioned mixture of cement powder, water, sand, and aggregates. Untangling concrete’s contribution to the operational and embodied impacts of buildings and pavements is essential for planning GHG reductions in both sectors.

In their paper, CSHub researchers forecast the potential greenhouse gas emissions from the building and pavements sectors as numerous emissions reduction strategies were introduced between 2016 and 2050.

Since both of these sectors are immense and rapidly evolving, modeling them required an intricate framework.

“We don’t have details on every building and pavement in the United States,” explains Randolph Kirchain, a research scientist at the Materials Research Laboratory and co-director of CSHub.

“As such, we began by developing reference designs, which are intended to be representative of current and future buildings and pavements. These were adapted to be appropriate for 14 different climate zones in the United States and then distributed across the U.S. based on data from the U.S. Census and the Federal Highway Administration”

To reflect the complexity of these systems, their models had to have the highest resolutions possible.

“In the pavements sector, we collected the current stock of the U.S. network based on high-precision 10-mile segments, along with the surface conditions, traffic, thickness, lane width, and number of lanes for each segment,” says Hessam AzariJafari, a postdoc at CSHub and a co-author on the paper.

Using this framework, they analyzed a “projected” and an “ambitious” scenario of reduction strategies and system attributes for buildings and pavements over the 34-year analysis period. The scenarios were defined by the timing and intensity of GHG reduction strategies.

As its name might suggest, the projected scenario reflected current trends. For the building sector, solutions encompassed expected grid decarbonization and improvements to building codes and energy efficiency that are currently being implemented across the country. For pavements, the sole projected solution was improvements to vehicle fuel economy. That’s because as vehicle efficiency continues to increase, excess vehicle emissions due to poor road quality will also decrease.

Both the projected scenarios for buildings and pavements featured the gradual introduction of low-carbon concrete strategies, such as recycled content, carbon capture in cement production, and the use of captured carbon to produce aggregates and cure concrete.

“In the ambitious scenario,” explains Kirchain, “we went beyond projected trends and explored reasonable changes that exceed current policies and [industry] commitments.”

As the grid becomes greener and new homes and buildings become more efficient, many experts have predicted the operational impacts of new construction projects to shrink in comparison to their embodied emissions.

“What our life-cycle assessment found,” says Jeremy Gregory, the executive director of the MIT Climate Consortium and the lead author on the paper, “is that [this prediction] isn’t necessarily the case.”

“Instead, we found that more than 80 percent of the total emissions from new buildings and pavements between 2016 and 2050 would derive from their operation.”

In fact, the study found that operations will create the majority of emissions through 2050 unless all energy sources — electrical and thermal — are carbon-neutral by 2040. This suggests that ambitious interventions to the electricity grid and other sources of operational emissions can have the greatest impact.

For the building sector, they found that the projected scenario would lead to a reduction of 49 percent compared to 2016 levels, and that the ambitious scenario provided a 57 percent reduction.

As most buildings during the analysis period were existing rather than new, energy consumption dominated emissions in both scenarios. Consequently, decarbonizing the electricity grid and improving the efficiency of appliances and lighting led to the greatest improvements for buildings, they found.

In contrast to the building sector, the pavements scenarios had a sizeable gulf between outcomes: the projected scenario led to only a 14 percent reduction while the ambitious scenario had a 65 percent reduction — enough to meet U.S. Paris Accord targets for that sector. This gulf derives from the lack of GHG reduction strategies being pursued under current projections.

“The gap between the pavement scenarios shows that we need to be more proactive in managing the GHG impacts from pavements,” explains Kirchain. “There is tremendous potential, but seeing those gains requires action now.”

These gains from both ambitious scenarios could occur even as concrete use tripled over the analysis period in comparison to the projected scenarios — a reflection of not only concrete’s growing demand but its potential role in decarbonizing both sectors.

Though only one of their reduction scenarios (the ambitious pavement scenario) met the Paris Accord targets, that doesn’t preclude the achievement of those targets: many other opportunities exist.

“In this study, we focused on mainly embodied reductions for concrete,” explains Gregory. “But other construction materials could receive similar treatment.

“Further reductions could also come from retrofitting existing buildings and by designing structures with durability, hazard resilience, and adaptability in mind in order to minimize the need for reconstruction.”

This study answers a paradox in the field of sustainability. For the world to become more equitable, more development is necessary. And yet, that very same development may portend greater emissions.

The MIT team found that isn’t necessarily the case. Even as America continues to use more concrete, the benefits of the material itself and the interventions made to it can make climate targets more achievable.

The MIT Concrete Sustainability Hub is a team of researchers from several departments across MIT working on concrete and infrastructure science, engineering, and economics. Its research is supported by the Portland Cement Association and the Ready Mixed Concrete Research and Education Foundation.