China built a tower that acts like ‘the world’s biggest air purifier,’ and it actually works 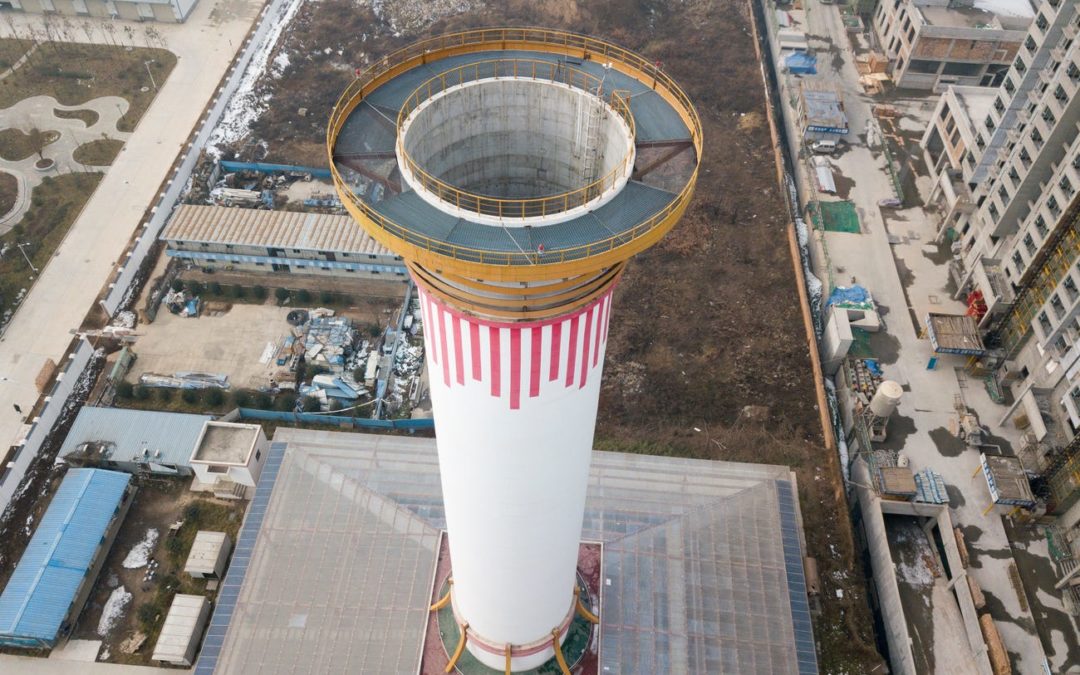 An experimental tower over 100 meters (328 feet) high in northern China — dubbed the world’s biggest air purifier by its operators – has brought a noticeable improvement in air quality, according to the scientist leading the project, as authorities seek ways to tackle the nation’s chronic smog problem.

The tower has been built in Xian in Shaanxi province and is undergoing testing by researchers at the Institute of Earth Environment at the Chinese Academy of Sciences.

The head of the research, Cao Junji, said improvements in air quality had been observed over an area of 10 square kilometers (3.86 square miles) in the city over the past few months and the tower has managed to produce more than 10 million cubic meters (353 million cubic feet) of clean air a day since its launch. Cao added that on severely polluted days the tower was able to reduce smog close to moderate levels.

Read more: Greenpeace says China is winning battle against pollution in big cities but other areas falling behind

The system works through greenhouses covering about half the size of a soccer field around the base of the tower.

Polluted air is sucked into the glasshouses and heated up by solar energy. The hot air then rises through the tower and passes through multiple layers of cleaning filters.

“The tower has no peer in terms of size … the results are quite encouraging,” said Cao.

Xian can experience heavy pollution in winter, with much of the city’s heating relying on coal.

The tower’s operators say, however, that the system still works in the cold months as coatings on the greenhouses enable the glass to absorb solar radiation at a much higher efficiency.

Cao’s team set up more than a dozen pollution monitoring stations in the area to test the tower’s impact.

The average reduction in PM2.5 – the fine particles in smog deemed most harmful to health – fell 15 percent during heavy pollution.

Cao said the results were preliminary because the experiment is still ongoing. The team plans to release more detailed data in March with a full scientific assessment of the facility’s overall performance.

The Xian smog tower project was launched by the academy in 2015 and construction was completed last year at a development zone in the Chang’an district. The purpose of the project was to find an effective, low-cost method to artificially remove pollutants from the atmosphere. The cost of the project was not disclosed.

What was previously thought to be the largest smog tower in China was built last year by Dutch artist Daan Roosegaarde at 798, a creative park in Beijing.

The seven-meter (23-feet) tall tower produced about eight cubic meters (282.5 cubic feet) of clean air per second. The Smog Free Tower can run on solar energy and does not need to use electricity from coal plants.

Cao, however, said their tower in Xian required little power to run.

“It barely requires any power input throughout daylight hours. The idea has worked very well in the test run,” he said.

Several people in Xian told the South China Morning Post they had noticed the difference since the tower started operating.

A manager at a restaurant about 1km (0.62 miles) northwest of the facility said she had noticed an improvement in air quality this winter, although she was previously unaware of the purpose of the tower. “I do feel better,” she said.

A student studying environmental science at Shaanxi Normal University, also a few hundred meters from the tower, said the improvement was quite noticeable.

“I can’t help looking at the tower each time I pass. It’s very tall, very eye-catching, but it’s also very quiet. I can’t hear any wind going in or out,” she said. “The air quality did improve. I have no doubt about that.”

However, a teacher at the Meilun Tiancheng Kindergarten on the edge of the 10-square-kilometer (3.86-square-mile) zone said she had felt no change. “It’s just as bad as elsewhere,” she said.

The experimental facility in Xian is a scaled-down version of a much bigger smog tower that Cao and his colleagues hope to build in other cities in China in the future.

The size of the greenhouses could cover nearly 30 square kilometers (11.6 square miles) and the plant would be powerful enough to purify the air for a small sized city.